and then “Where’s your response”.

Now I’m not going to try to school them or anybody on writing subject lines that get open or emails that get responses. I could learn a few things about both myself. That said, I doubt this approach is very effective. All it did for me was piss me off but maybe I’m just too sensitive.

Inside is an appeal for money, because, the Republicans are losing Virginia or some such. Maybe they are. Our two Senate seats are held by Democrats, crappy ones at that, but they aren’t up for reelection.

According to one search engine, this is the current makeup of Virginia’s representation in the House

How many congressmen are in Virginia?
Virginia is allotted 11 seats in the U.S House Of Representatives; currently 7 seats are held by Democrats and 4 seats are held by Republicans.
So it’s no wonder they think they are losing, they probably are. Here’s a hint fellas – you aren’t getting creamed for lack of money.  How can I say this? In election after election Republicans have won despite being outspent big time. It’s not the money, it’s the message. Take what you sent me for example.
The subject line whines “We didn’t receive a response” while the sender says “noreply@virginia.gop”. That tells me you want me to hunt for a way to respond to you. Now, I will tell you the actual email address went to an address  different that the “noreply” addy. That’s comforting. NOT.
Then you follow up with another whiney subject line, same sender demanding to know “Where’s your response”. Not even a question mark. Jerks.
Now they vary the name of the sender, all with the same return addy. Sometimes they’ll say “Team Virginia”, “Team GOP”, or sometimes just a first name, like I’m supposed to know who it is and where they’re from. There’s no consistency.  No rhyme. No reason. Most of these emails are ignored. I can’t even work up enough enthusiasm to delete them, much less unsubscribe.
For the record, I’m not going to send you any money no matter what your subject line says and no matter whom you say it’s from. I’m just not. Why not? Because your message sucks and I’m not talking about your emails. Beyond that, I am generally opposed to party politics because in practice, the two-party system sucks even worse.
So much for the jokers. Now about those clowns.
This one is more sad than irritating. I’ll elaborate in a bit. First, take a gander at these three screenshots I stole from 90 Miles From Tyranny 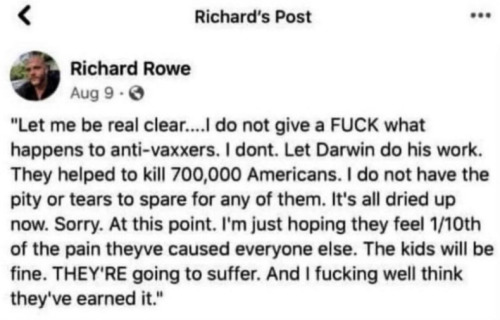 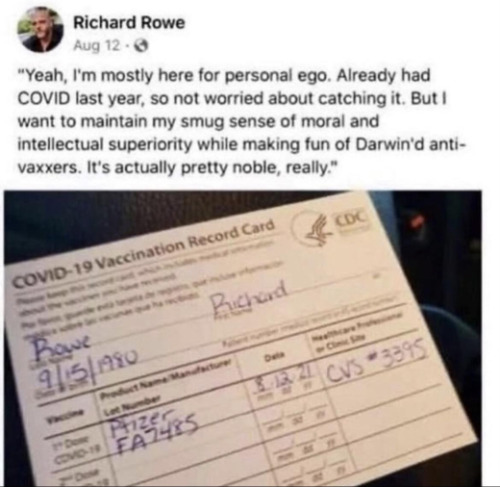 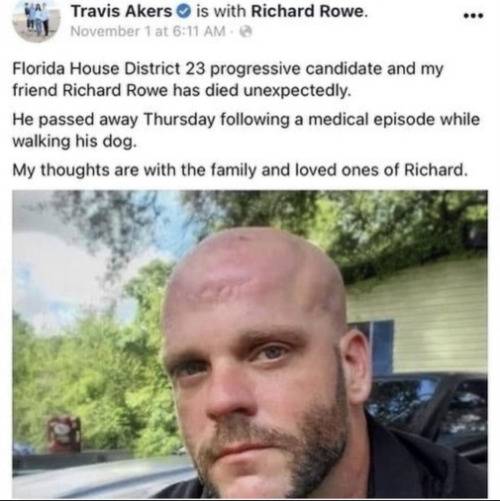 My thoughts when I read the first one was, sure, let Darwin do his work. Or at least it got me to thinking about all those who have taken the jab and experienced serious health issues up to and including death. Isn’t this sort of what’s happening? This brings me no joy and unlike the late Mr. Rowe, I do care. I have no wish to see anyone suffer or die because they were duped into taking this jab. 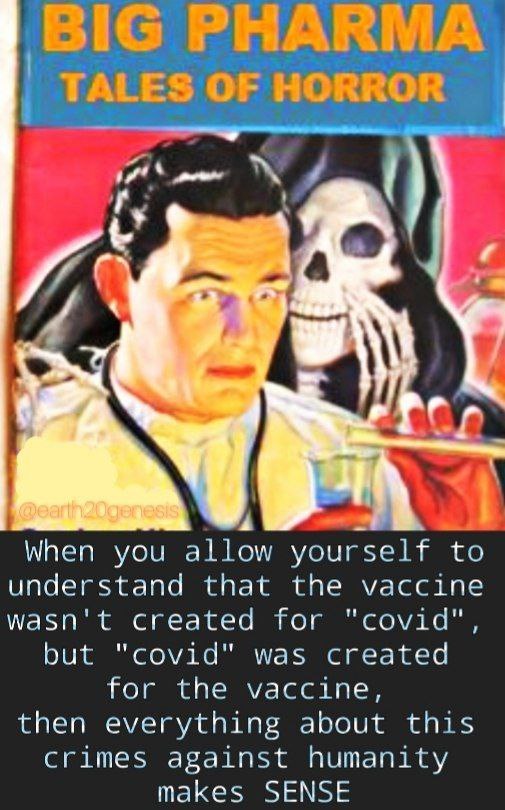 This last meme says exactly what I’ve been thinking for quite some time now. I’m fairly certain I’ve posted as much here before.
Mr. Rowe was a fool and he paid for his foolishness with his life. Was he Darwined? I suppose so but again, I only feel sadness, not victorious.
Believe it or don’t but I see a common thread uniting the two more or less “opposite” sides of the spectrum above. Neither side has bothered to take a step back to actually look at things. They are blinded by their micro-focus. For the GOP, maybe it’s just greed. Maybe they don’t really want to win, they just want the money. I find it hard to believe everybody who calls themselves a Republican or work for the party is like that, but enough of them may well be. As for the rabid vaxers, I can’t say. The only thing that comes to mind is this:
The eye sees what the mind tells it to see.
This is always true in my experience. I’ve seen it in myself and I’ve seen it in others.  It is one of the main reasons I try to challenge by beliefs and check my assumptions at the door. Those are the things that blind us.