This is the last of the hubpages articles I wrote – the straw that broke the camel’s back. It was the first one I added the blurb at the end but I then went back and added it to all of my articles. The format is slightly different but the article is essentially the same.

My time selling insurance provided me with some unique insights. Due to my specialization, I gained a great deal of perspective into older adults. I ended up with a snapshot, so to speak, of my generation. It didn’t include everybody. Those who ended up more financially secure – well off at the end of their lives – are generally missing from this picture. Would those included in this “group photo” have fared better had they bought life insurance earlier in life? Probably not, but they wouldn’t be talking to someone like me either.

The brunt of my life insurance efforts was focused on selling Final Expense Insurance. What is Final Expense Insurance? These are smaller policies. While most polices set a maximum of $25,000 to $40,000, those I sold generally ranged between $10,000-$20,000. My clients typically ranged between the ages of 60-70, though anyone from 50 to 75 qualified. Some insurance companies would accept applications for older or younger prospects but the figures above were the most effective range.

These prospects tended to be poorer, some just squeezed by on tiny social security checks. Most had nothing in place to pay for the cost of burial. More than a few had serious money-management issues. Of course, this is a common thread as to why they had no life insurance to begin with. And of course nearly all of them had at least one health issue. Often they would have more than one that would limit their choices. 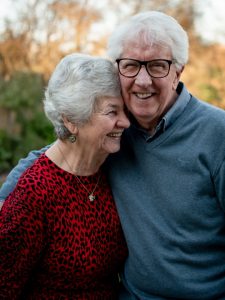 I should note that along with all of the above, my prospects and clients were almost always “good people”. Most worked hard all of their lives. Some had difficulties in life. Many had one or more tragedies. In short, they are just people, like you and me. Some were smarter than others. Some were happy, some were chronically sad, some were resigned, some were bitter. Nearly all of them needed life insurance. Only a very few were well-covered.

About the policies I offered. First understand I worked with the better insurance companies. You’d know most of their names if I told you. I won’t because I do not want to appear to endorse any of them. The polices they offer are “simplified issue”. This means the applications were usually just a page or two. Mostly they consist of medical questions. Part of my job was to determine which company would give someone the best rate. Almost any of these companies would insure just about anyone… if the price was right. However if you have COPD for example, there might be one company that would give you immediate coverage while another would make you wait two years for full coverage and charge you dearly for it too. In short, certain companies looked more favorably on some conditions than others. It was up to me to filter out those who didn’t.

Other than that, these policies were all very much alike. They were relatively expensive because they were offering life insurance to older adults with health issues, in other words, high risk people. I only sold whole life policies. There are some companies that offer term or temporary policies to older adults. The problem with this is, what happens when the insured turns, say 80, and their insurance ends? Trying to obtain life insurance at age 80 is nearly impossible, not to mention expensive. These policies tended to offer an accelerated benefit – meaning part, sometimes all, of the death benefit could be tapped by the insured if they were diagnosed with a terminal illness. This is a two-edge sword. Yes, it could help defray the expense of a terminal illness or provide money for any other purpose. However any money drawn is subtracted from the death benefit leaving less, if anything, for burial expenses.

Many times, I’d run across those who said they already had insurance. I know many of them did because I offered to review their policies. What I found was startling – so startling I ended up writing “Dirty Secrets”. The huge majority of those who “had insurance” didn’t have what they thought they had. So many had those term insurance polices. A few thought they had, let’s say, a $20,000 policy. Digging into it, what they really had was a much smaller policy, say $1,000 with a $19,000 accidental death rider. Did they really have $20,000 worth of insurance? Well, yes, however if they died of natural causes then they’d get the smaller amount. Some had loans that were gobbling up the cash value, sometimes faster than the premiums could keep up!

One poor lady had a policy that was due to lapse the next month. A loan had suck out all of the cash value and the interest was eating up her premiums. She was still paying every month but her payments were in arrears. By the same time the next month, her premium would no longer cover even the interest so the insurance company would take the payment and lapse her policy. I saved her maybe $50 as she canceled her policy. Unless she was going to die in the next 30 days, the policy was less than worthless.

Please understand, I identify with these people because I was in the same boat for the most part. At least I found myself in my later years and I had no insurance. Unlike so many of my clients and prospects, money management wasn’t the issue. My major issue was a compete and total misunderstanding of life insurance. I had no idea. Bluntly put, I’m certain if a good many of those I served or tried to serve better understood basic insurance concepts, they would have bought much sooner in life. I know I would have.

The fact is, securing a good life insurance policy early in life is the very best thing anyone can do to avoid the problems these folks face. The payments are much more affordable because of the younger age and better health of the insured at the time of purchase. Even better, if a plan is bought and handled properly, the cash value can be a boon as one enters retirement age.

One gentleman whose policy I reviewed ended up being very pleasantly surprised. He’d obtained two small polices, $10,000 and $15,000 respectively, decades ago. When we reviewed them we the cash value for these polices totaled over $90,000! The dividends were added to his cash value as paid up additions. The result was a compounding effect. Since he’d paid the premiums faithfully and never borrowed on his policy, they accumulated the maximum cash value possible for that policy.

Once I left the industry, my personal experience with life insurance and the plight of so many I’d been in contact with nagged at me. So many if these issues have a simple solution: protect yourself early in life. The reasons are many and the benefits far outweigh the cost. I wrote the book in an effort to bring these things to light. In a perfect world, the “Final Expense” niche would not exist because every individual would be covered long before they reach these ages. The world is far from perfect but my hope is to reach as least some of those out there who are sitting on the fence.

Learn more about protecting your and your family in my new book “Life Insurance “Dirty Little Secrets” for Consumers Revealed!”. Even if you already have life insurance, there are things you should know. For those still unprotected, this slim volume answers those questions that keep most people from securing a solid, affordable policy. You’ll learn what to look for in an insurance company and a good policy to provide financial security for you and your family. Rather than being “sold” a policy, “Life Insurance “Dirty Little Secrets” for Consumers Revealed!” empowers you to seek out and secure the coverage that best works for you.